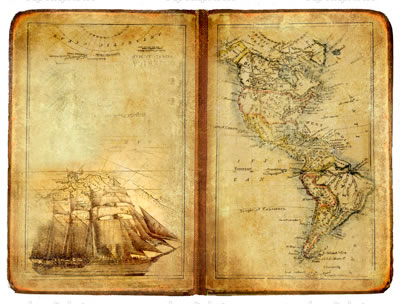 … … To occupy the leisure hours, which the tenants of Granite House now had at their disposal, Cyrus Smith undertook an operation which could be performed indoors.

We know that the settlers had no other sugar at their disposal than the liquid substance which they drew from the maple, by making deep incisions in the tree. They contented themselves with collecting this liquor in jars and employing it in this state for different culinary purposes, and the more so, as on growing old, this liquid began to become white and to be of a syrupy consistence.

—But there was something better to be made of it, and one day Cyrus Smith announced that they were going to turn into refiners. "Refiners!" replied Pencroft. "That is rather a warm trade, I think." "Very warm," answered the engineer. "Then it will be seasonable!" said the sailor.

This word “refining” need not awake in the mind thoughts of an elaborate manufactory with apparatus and numerous workmen. No! To crystallize this liquor, only an extremely easy operation is required. Placed on the fire in large earthen pots, it was simply subjected to evaporation, and soon a scum arose to its surface. As soon as this began to thicken, Neb carefully removed it with a wooden spatula; this accelerated the evaporation, and at the same time prevented it from contracting an empyreumatic flavor.
After boiling for several hours on a hot fire, which did as much good to the operators as the substance operated upon, the latter was transformed into a thick syrup. This syrup was poured into clay molds, previously fabricated in the kitchen stove, and to which they had given various shapes. The next day this syrup had become cold, and formed cakes and tablets. This was sugar of rather a reddish color, but nearly transparent and of a delicious taste …